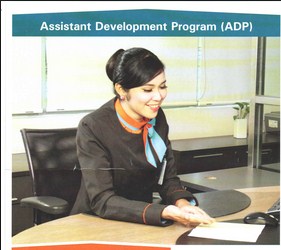 Historical records indicate that on of the eve of the 30th of October 1946, or merely a few months after its formal establishment, the Bank distributed the first currency bills ever issued by Indonesia’s Government popularly known at the time as ORI, or ‘Oeang Republik Indonesia’ (Currency of the Republic of Indonesia). In fact, this day is commemorated annually as the National Finance Day while the date of the Bank’s establishment – the 5th of July – was designated as National Bank Day.

Bank Negara Indonesia’s role as the circulation and central bank was duly terminated in 1949 following the government’s appointment of the former Dutch-controlled bank, De Javasche Bank, as Indonesia’s Central Bank . The Bank, subsequently designated as a development bank, was later granted the rights to provide foreign reserve services that allowed it access to direct foreign transactions.

Enhanced by increased capitalization, the Bank’s legal status was formally changed to that of a state-owned commercial Bank in 1995. This provided the Bank with the foundation to provide better and wider range of both access and services for the country’s business sectors.

In its quest to competitively differentiate itself from its competitors, the Bank decided, towards the end of 1968, to attach its year of establishment to its corporate name to become Bank Negara Indonesia 1946. The Bank was therefore popularly referred to, for decades, as ‘BNI 46’. The simpler name of ‘Bank BNI’ was adopted in 1988 along with the change of the corporate identity.

BNI’s legal status was upgraded in 1992 to that of a state-owned limited corporation under the name of PT Bank Negara Indonesia (Persero) and the bank decided to become a public company through its initial public offering of its shares in 1996.

BNI’s ability to adapt to environmental, socio-cultural and technological advances is reflected through the continuous refinement of its corporate identity which is carried out to suit the changing demands and trends of the times. This adaptability signifies the Bank’s dedication and commitment towards continuous improvement of its performance.

A refined corporate identity was introduced in 2004 that reflects the positive prospects for the future after a year of struggle characterized by a period of hardship. A shorter name of ‘BNI’ subsequently replaced the former ‘Bank BNI’, while the year of its establishment – ’46’ – was exposed through the logomark to reinforce the pride and distinction that the Bank had in being the country’s first national bank.

In keeping with the spirit of the heroic national struggle that is rooted in its history, BNI strives to provide the best ser

PT Bank Negara Indonesia (Persero) Tbk are seeking for potential individuals to be part of Bank BNI winning team through :

Please register and submit your resume to :

Lowongan Kerja ADP BNI brougth to you by http://lokercpnsbumn.com