Kejaksaan Republik Indonesia is the implementing authority of government in independent countries, especially the performance of duties and authority in the field of prosecution and perform the duties and authority in the field of investigation and prosecution of corruption and criminal acts, the violation of human rights and other authorities based on the weight of the law. Implementation of state power is maintained by:

Kejaksaan negeri or State Attorney, located in the capital city / town and county jurisdiction covers regencies / municipalities. State Attorney led by a head of state attorney who was a leader and the lead prosecutor in charge, operating performance of its duties, and authority of the district attorney in the law. In particular the State Attorney arm also led by State Attorney Head Branch State Attorney.

Kejaksaan Republik Indonesia seeks the best Indonesian Citizen who have high integrity and commitment to be a candidate for Civil Servants (CPNS) as : 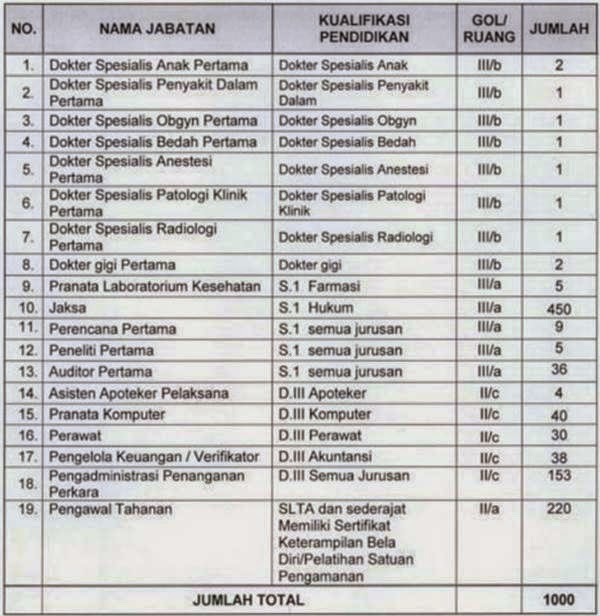